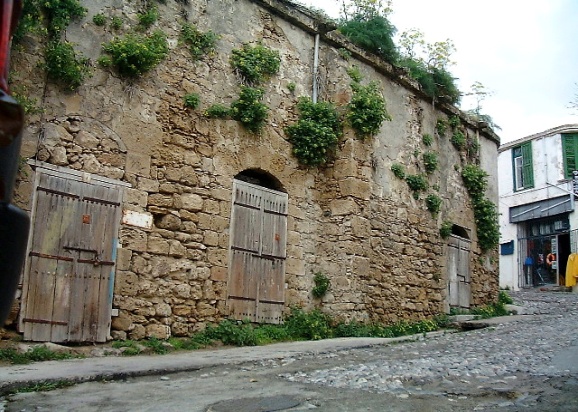 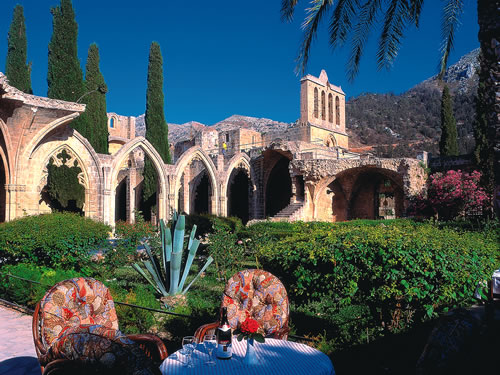 At the heart of the North Cyprus coast, the medieval harbour of Kyrenia is one of the most beautiful in the Mediterranean. To the north you have the sea and to south, the Beşparmak (Five Finger) mountains – giving Kyrenia the most magnificent scenery on the island.

The harbour is framed by the majestic Kyrenia Castle which houses the remains of one of the oldest ancient ships salvaged from the sea. A visit to Bellapais Abbey is also a must. 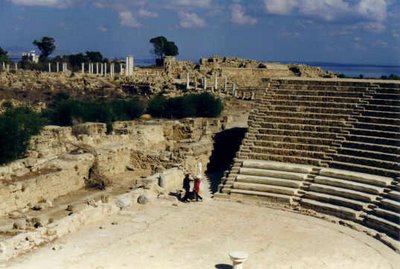 The old walled city of Famagusta is a must for every visitor to the island. With its rambling alleyways and arcades, it feels as though time has stood still. Famagusta is also the gateway to the beautiful Karpaz peninsula and boasts the islands’ top beaches along its stunning coastline. Famagusta has witnessed a sensational makeover during recent years and is fast becoming one of the most desirable areas for investment, both commercial and private.

The most famous and ancient city of Cyprus, Salamis remains the islands’ most prominent archeological site. The 12th century BC Salamis ruins tell a story of a bygone era and the ancient amphitheatre is still used for concerts and events to this day. 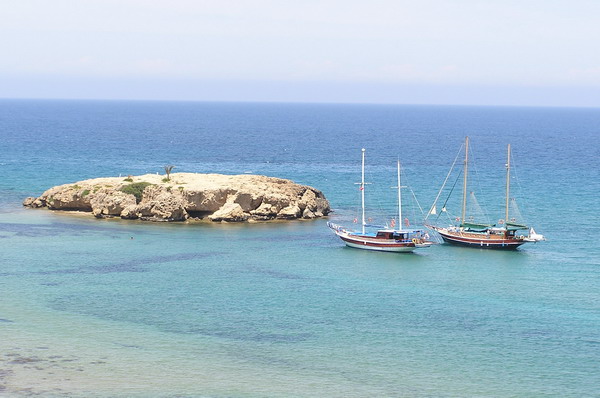 One of the largest villages in the North, İskele is fast building a name for itself as an up and coming area, with wonderful golden beaches and lovely restaurants in close proximity. It is also fairly central to Famagusta, Karpaz, Kyrenia, Lefkoşa and the airport.

İskele is also home to the recently opened Anfora Shopping Centre. Over 1 million sqft, making it the largest single retail unit in Northern Cyprus that includes a hypermarket, cinema and bowling alley as well as cafes and restaurants.

Further, since the opening of the new road from İskele, the championship Korineum Golf & Country Club is now only 45 minutes away.

The fishing village of Boğaz lies on the southern edge of the Karpaz peninsula. A delight to behold with an amazing array of fish restaurants ranged around its harbour, you can be sure the catch of the day is fresh every morning.

Combine this with the soon to be developed Big Old Bazaar – a giant shopping and entertainment complex with 1,000 stores, stands, stages and attractions, the whole family can enjoy all the pleasures of this beautiful village. Clothing and shoes, gift and furniture shops, supermarkets, banks and restaurants - all under one roof. 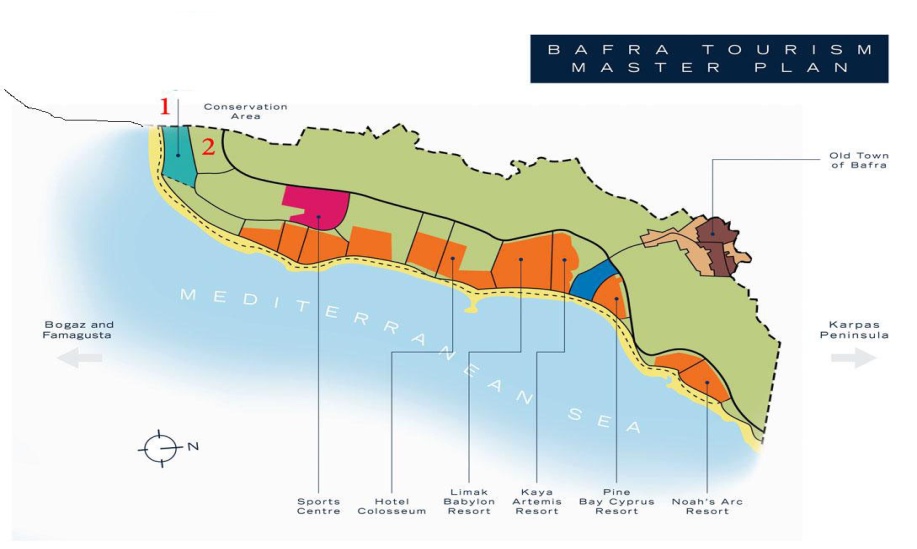 The sandy shores and clear blue waters of Bafra are second to none in any part of the world. The old village has metamorphosised into a major tourism hotspot with the development of high class hotels like the $40 million five-star Artemis Complex and Noah Ark Deluxe Hotel & Casino.

It is also closely situated to one of the largest yacht marinas in the Mediterranean, which is currently under construction and will accommodate in excess of 300 berths. 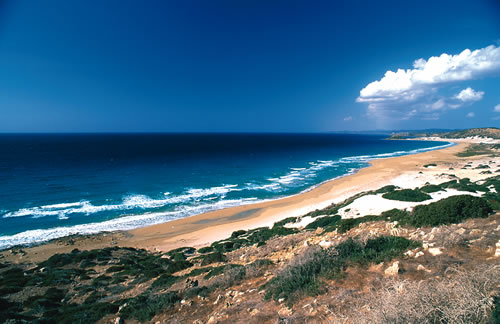 The Karpaz Peninsula is a land where time stands still. There are numerous unspoilt beaches along the coastline like the famous Turtle Beach at the tip of the ‘panhandle’. Undisturbed nature in all its beautiful glory with ancient towns, basilicas, ruins and tombs – Karpaz is a wonderful experience.

Karpaz Gate Marina, an exclusive new development that will open up the stunning, undiscovered Karpaz peninsula of Northern Cyprus, is progressing well. Currently under construction and project managed by Sea-Alliance Group Ltd, a maritime services operation specialising in marina developments, Karpaz Gate’s offering is to be enhanced significantly to provide the very best repair and refit facilities in the Turkish Republic of Northern Cyprus (TRNC).

Once completed, Karpaz Gate Marina will become the most important maintenance centre in this part of the Mediterranean and, as a result, is expected to become a highly popular marina destination in the eastern Mediterranean.

KGM is designed for yachts anywhere between 7 and 65 metres in length. The inner basin of the Marina will encompass six floating pontoons, while its dry docks will be amongst the largest in the East Mediterranean. 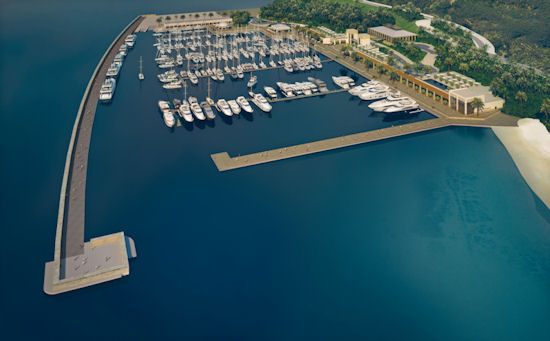 Among the extensive list of services to be provided by Karpaz Gate are water sports, laundry and dry cleaning, tourist arrangements, dining, port entry open 24 hours, yacht maintenance, VIP access to the resort, and a shuttle service.

The location will also host all the top-class yachting facilities one would expect from a modern marina including workshops, 24 hour fuel and security, a travel lift, golf cars, diving centre, and internet.

Managed by Sea-Alliance Group, KGM will not just include the new marina but also two hotels; Karpaz Peninsula and Karpaz Bay.

Connecting the resorts and marine is the Promenade with shops, bars, and restaurants among its list of attractions.

Karpaz Gate Marina will act as a Port of Entry with an Immigration and Customs Office on site. 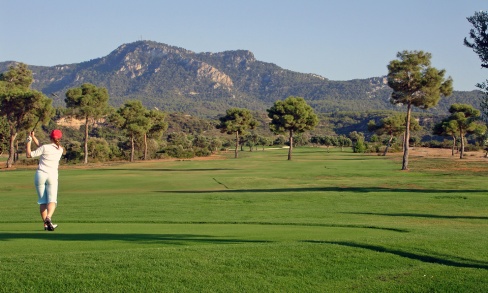 Situated on the coast and with the stunning Five Finger Mountains as the backdrop, rests the prestigious Korineum Golf & Country Club. The proud owners of the first 18 hole golf course in Northern Cyprus, that spans some 6,600 yards, carved from a natural forest of Umbrella Pines and Olive trees amongst others, welcome you to a truly memorable golfing experience. Whether you want to practice your swing at the 30 bay driving ranges or brush up on your skills with the help of a qualified instructor at the golf academy, complete the day by dining at the elegant restaurant or enjoy a drink at the clubhouse bar.

And don’t forget, with the new road from İskele, you can enjoy this relaxing hobby within 45-50 minutes