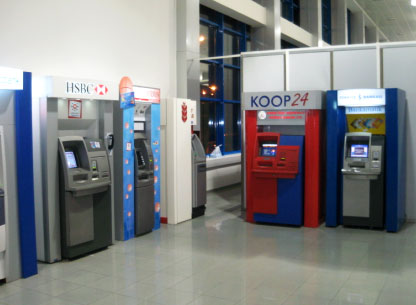 Residents or individuals wishing to set up a bank account can do so in either Turkish Lira or in UK sterling. Investors should be aware that transferring funds to Turkish banks may require considerable time unless the transfer is done to a UK branch of the bank concerned. 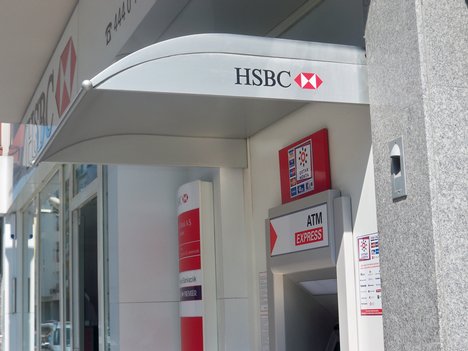 Can organise Lira and Stirling accounts. Cash machine in foyer(your UK cards work on this machine and if you have a UK Premier account then with no cost either). Other cash machines on the road to the west of Girne. Cash transfers to bank can be done via Internet banking service so that this can save on bank charges for cash transfers.An HSBC UK bank transfer to HSBC Girne is £10.Contrary to what people may read elsewhere on other sites, HSBC in TRNC is not a franchise, the branches are part of the HSBC Group.If you open an account locally there are charges for doing so and for obtaining a cheque book.The current(2/6/03) charge for a cheque book is 20 million TL.There is a monthly fee of 1million TL & a one off payment of 2.5million TL for opening the account.It is easier to open the account in TRNC, taking with you passport, proof of UK address such as D/L or utility bill together with sales contract or title deeds of property in TRNC as accounts are not opened for holidaymakers due to dormancy problems.There are no cheque guarantee cards issued & you cannot stop a cheque once it is issued.There are no standing orders or direct debit facilities either.No credit cards are issued to foreigners.If transferring monies to TRNC from UK,dont bother to elect to pay foreign bank charges as well as TRNC take no fee for receiving funds, there is only a charge if the funds are taken out in sterling rather than TL & that can be expensive as it is charged per transaction.Ast Manager is Julie Younger who is currently opening some 50 accounts monthly for foreign purchasers.

Can provide house Insurance via AXA Insurance Company ( rates depend on time of occupancy during the year, and during unoccupancy cover is restricted) and can pay electricity etc bills direct from your account. When opening an account you must have a copy of the contract for your house to prove you live in TRNC. Bank noted by Mike & Shelagh whilst in Girne and just popped in on the off-chance. Helpful people (even gave us cake as it was their cleaners birthday) and a good quotation on Insurance

Several Branches in Lefoka, Girne and Guzelyurt. They also have Branches in London, being Borough High Street, Harringay and Dalston. It is understood that money can be transferred to your Stirling Accounts from UK branches